This site may contain affiliate links for which a small commission is received.

I mentioned in a previous post that I was installing GIMP brushes from DeviantArt that I could use to create a fantasy world map for free with GIMP. First I found the brushes and background I needed to create my fantasy map. Next, I googled a bit and ran across this Youtube video on GIMP map-making techniques, but since my version of GIMP was slightly different, not all of the options shown in the video worked for me. Instead, I used a few basics from the video and created my own easy process of making a fantasy map with GIMP.

Making my fantasy map consisted of these main steps: (Each step consists of multiple sub-steps.)

Before starting a fantasy map I needed to pick a paper or parchment background. I looked both on Pixabay and DeviantArt for paper textures. I found several I liked; the links are listed below. Ultimately I chose this one from Pixabay. (Many thanks to the author!). It had the look of old parchment which was perfect for my design. Some new map-making generators and online sites create fake maps in color, but I wanted my fake fantasy map to look like an ancient map and so chose the black on parchment look rather than creating a map in color.

Old parchment from DeviantArt: <———– Nice selection I may use in the future because there was a large selection of textures and shades.

Creating land masses on a map with GIMP.

In the video I mentioned, the landmasses were hand-drawn completely from scratch. Since I tend towards shortcuts, I decided to find free continent silhouettes, trace and transform them in GIMP because I thought it would be easier. Public domain pictures is a good site to use. For me, this was a simple and effective way to create realistic landmasses. I downloaded free silhouettes of Australia and South America continents or any country that you like. GIMP’s transform tool easily modified the South America continent a bit. If you can’t find a free jpg continent silhouette the next best thing to do is get a copy of a world map as an SVG or EPS file and save continents from that as JPGs. Either option works fine.

Here are my beginning landmass images. Notice that it doesn’t matter what color the silhouette is.

Next, if you don’t have map-making GIMP brushes the best source is definitely on DeviantArt. Google “map brushes for GIMP” or something similar and you should get several links to DeviantArt although I provide a few of the better ones I used. Again, there are a lot of brush options that are free so you should be able to easily find what you need. It is a bit difficult to know whether they will work until you install and try them. Plus you will notice that the brushes from different authors need to be resized GIMP to keep the map objects and elements the proper size on the fake map. If you don’t know how to install GIMP brushes just check out my previous article here.

With the brushes I downloaded from DeviantArt (I’ve included links below), I was ready to create my own fantasy world map for free using GIMP. Here are the steps I used.

Here are a few of the many available DeviantArt GIMP map brushes I used:

Once you have all the necessary items it is time to create the fake fantasy world map in GIMP. Since each step has nuances I’ve listed the basics, but you should just follow the video as it will be much easier to understand.

Step by Step Guide to creating a fantasy map with GIMP

If you’ve found this useful, consider sharing it.

If you found this useful, consider sharing. Thanks

Make a cool logo in less than 5 minutes with Inkscape. Here's 24 ways to do it. >>> 24 Inkscape Filter Effects With Text

Get the step by step guides to using the most practical techniques of GIMP for creating, editing and blending images.  Check out the upcoming course launch.

Others Found These Articles Useful:

8 ways to sell your GIMP Designs

How To Add Fonts To GIMP In 3 Steps

Others Found These Articles Interesting: 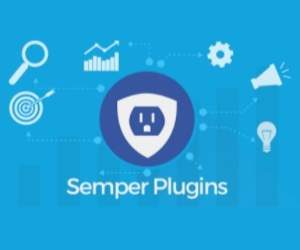 These offers may contain affiliate links for which I may retain a small commission.

Scroll to Top
Heya, We use cookies (not the chocolate chip variety!) to ensure that we give you the best experience on our website. If you continue to use this site we will assume that you are happy with it.OkPrivacy policy