This is an UPDATE to my original article.  I wanted to update my 0.92 version of Inkscape and after a little research was testing what method would work the easiest.  So here are the 3 ways to easily install Inkscape on Mac.

I use a variety of graphics editors: Inkscape for vector graphics, GIMP and PixelmatorPro for images and raster graphics.  I also find the online Canva editor amazingly useful for Social media images, printed media and PDF documents.  Most folks I like to follow only use one editor but I treated my editors as a toolkit, using what I need for the job at hand.  That said, I needed to recently update Inkscape and decided to share how I installed the latest Inkscape version possible on Mojave.

I was going to actually update from Mojave to Catalina before installing and updating Inkscape until I went to Inkscape.org and saw their notice that the latest version was not ready for Catalina and the only version they recommended was the beta. Since I can’t afford to not have a fully functional stable version of Inkscape on Macbook I’m holding off on the upgrade to Catalina. Instead, I decided to proceed with just the Inkscape update.

Get Your $1 Trial Offer Of BuilderAll – Web-Email-Chatbot-Sales Funnels-Instagram Autoresponders- Social Proof-Online Store- Super Checkout- Elearning Platform – All For 1 Affordable Price – NO ONE else does this.  Can you really afford to miss this opportunity? Click image for DETAILS.

The first 2 methods are pretty fast the third not so much. However,  I had previously mentioned in this article the following info:

One method installs using  Homebrew like I’ve mentioned in my article about installing GIMP- “Install GIMP on Mac High Sierra“. Homebrew (Opensource) compiles and installs a lot useful apps including Inkscape from source code. I’ve never understood why Apple developers skipped including some of the apps and utilities that  Homebrew can install but I’m sure glad the developers  Homebrew went to the effort to provide those for Mac Users. I’ve found Homebrew to be easy to use and provides both uninstall and install options.

So my plan was to upgrade Homebrew and then use it to upgrade Inkscape.   Prior to using Homebrew previously, I installed XQuartz as I originally recommended when using Homebrew as the install method.  Straight from XQuartz here’s their definition of XQuartz’s purpose.

“The XQuartz project is an open-source effort to develop a version of the X.Org X Window System that runs on OS X. Together with supporting libraries and applications, it forms the X11.app that Apple shipped with OS X versions 10.5 through 10.7”

PRIOR TO INSTALL Inkscape – I like to go into Security and Privacy to temporarily unlock the “allow apps to control your computer”. Then I do all the installs, add in Inkscape, Xcode, XQuartz into the list before locking again. Just use the + to add in the apps.

Simply go to XQuartz, download the dmg, double-click to begin the install and install that way.

Go to Inkscape, download the dmg, double-click to begin the install and you’re done.

While the pre-compiled DMG can be a one click install its not always the best. I do use a lot of DMG packages unless I see errors or run across forums where others have had issues. Than I’ll switch to the compile option.  In the case of Inkscape I felt the compile option might be the best to try first.

For those of you that prefer the compiled versions, here are the 2 options.

So I decided to first update Homebrew and determined the easiest and fastest way to upgrade Homebrew to avoid this current error >>>>”Error: Permission denied @ apply2files – /usr/local/share/ghostscript/9.23/Resource/CIDFSubst/ipaexg.ttf”  was to simply to uninstall and reinstall Homebrew.  This method was painless and fast.

Next was the actual install with Homebrew if you don’t have XQuartz:

Install with Homebrew if you already have XQuartz:

After the install I tested Inkscape; everything seemed fine.  Checking back with Inkscape.org I noticed a comment made by the good folks at Inkscape.org which made me pause.

“Inkscape 0.92.4 is currently available via MacPorts only, both as an X11 build and as a native Quartz build. The native Quartz build can potentially be less stable, and less well integrated into the desktop environment (e.g. for copy-pasting).
We suggest sticking with the X11 build for the time being until Inkscape has fully made the transition to go native on macOS. The instructions below are for the X11 build.” –courtesy of Inkscape.org

So I wanted to try the Macports install to see how that worked. Before doing that I went ahead and uninstalled Inkscape using Homebrew. Plus, installing with Macports apparently uses the X11 build versus the Quartz build. Now I’ve been running Inkscape fine other then with big images it can freeze a bit so I decided to try the Macport install and then use Inkscape for a while to see if that issue would go away. Either way, I can always go back to the Homebrew method.

To make this work the install sequence is important. I did not get this to work the first time because I tried to install Inkscape before installing xorg-server. I then had to uninstall and run a cleanup from the command line before doing it again.

2. Install MacPorts from DMG according to your version of Mac (High Sierra or Mojave).  You can also compile from tar according to this article which I skipped because I was too lazy to config the environment variables and shell.  The DMG pkg install does that. Hit continue a couple of times and agree to terms. The extra benefit is once you have Macports and / or Homebrew you can easily install other packages that are useful on Mac which Apple didn’t include.

3. Now open a terminal window and install Inkscape BUT install xorg-server FIRST to avoid errors. This install and compile takes the longest to run. Once done don’t forget to go back into System Preferences, Security & Privacy to add in Inkscape and then relock the app.

At the end of the install, it will ask to set python. I ran both commands and then ran the suggested command to make Inkscape show up in the Applications area according to the instructions here.

To make this the default Python or Python 3 (i.e., the version run by the ‘python’ or ‘python3’

commands), run one or both of:

If you follow the order I show it does work and Inkscape will be cleanly installed.

However, I like the Homebrew method the best. You can always try Homebrew even though it isn’t the top-recommended method; for me, homebrew has always worked.

Once Inkscape has been installed, you may want to configure its preferences and document properties.  Basically, you configure the startup properties for Inkscape when you open it, but I’ll save that for a different article.

If you loved this post consider sharing it.  Thanks!

Register for an available seat and get notified of open enrollment.

REGISTER FOR A SEAT

The online editor anyone can use effortlessly. 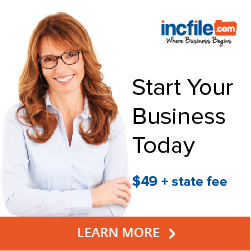 Register for an available seat and get notified when course enrollment opens.

Unsubscribe at any time. By subscribing you opt in to emails, resources, & offers. Check our TERMS & PRIVACY policies for more information

Heya, We use cookies (not the chocolate chip variety!) to give you the best experience on our website. OkDecline